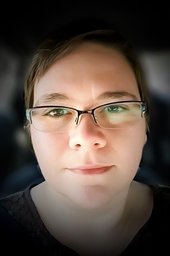 My husband, James, and I met in 2003. Then friends, we had no idea what a wonderful and horrendously sad adventure that friendship would turn out to be. Naïve and in love, we didn’t know then the hell we would walk through together. But if I knew I was going to walk through hell, there is no one I would rather have by my side.

Little did we know, after nearly 6 years of marriage, our family still wouldn’t be complete. After seeing 4 different OBs and an RE, we found out our only hope was IVF, an intense scary and expensive procedure. We took out a very large personal loan (that we knew we will pay on monthly for over 3 years) and decided to give it a go. We hit the IVF lottery! I was pregnant with twins on the first transfer.

Tuesday, Oct 23, 2012, I went in for my first biophysical exam at 19 weeks 6 days pregnant. That night around 11 pm my world changed. My water broke on Baby B. I went to the ER where I had heavy bleeding and was told I miscarried. I sat in the hospital bed crying with my husband by my side. Our dream at a family was gone. Early Wednesday morning they ordered an ultrasound to confirm. During the ultrasound, they found that the baby on top’s amniotic fluid sac had torn open (and I was continuing to leak the fluid). Something known as pPROM or (Preterm Premature Rupture of Membranes) They also discovered both twins still had heartbeats.

The on-call doctor laid it out for us. Within 48 hours I would go into labor and either have two still births or they would die shortly after. At 20 weeks, they cannot do anything to save them, they were just too little to survive. The second is that with the torn sac I am at high risk of serious infection. If that should occur, I would be transferred to a different hospital where they would induce labor and try and stop the infection.

They sent me home Thursday to be more comfortable until labor or infection. I ended up making it to my 24-week mark and was readmitted to the hospital for the remainder of my pregnancy. I was given two steroid shots 24 hours apart to help with lung development. I made it to 26w4days before the worst happened.

Early that morning there were complications. My OB was concerned about infection and ordered a CBC and to prep me for an emergency c-section. Luckily, my husband, James, and I are night owls and I hadn’t eaten yet that morning so they could get me right in. Before I knew it I was in the ER being told to lean forward and push my lower back out. I had the epidural and waited for James. He came in and took my hand. I was only 26 w 4 days pregnant and about to give birth.

At 10:22 am my doctor announced a girl. At first, she thought Baby B was born first, but it turned out that A had slid back down into position since I was in the labor room. Willow Anne Roark was born at 10:22 am. She was 1lb 15oz and 12 5/8 inches long. They rushed her over to the side and got her on a vent before I could even see her. At 10:24 am Hazel Jaymes Roark was born. She was 1lb 7oz and 12 inches long. This time I heard one tiny powerful cry. I wanted to cry too.

Finally, before they rushed off, they showed me my beautiful twin girls and hurried out. I was then stuck there being stapled shut while somewhere my little girls were being hooked up to machines to try and save their tiny little lives. Late that night, I was helped into a wheelchair and taken to see my girls. All night we were called and given updates on Willow. One minute she was doing badly, and then she was back up, then down. It was a roller coaster.

Around 3 in the morning we were told to come. Willow was making her last fight and would be gone soon. We stayed by her side and told her how much we loved her and how proud we were of her for fighting those 16 hours. Right before her heart stopped beating we held her. We didn’t want her to suffer so we waited. Later I found out that Willow had one last ditch effort that night, opened her eyes and looked around. The nurse on duty grabbed a camera and took pictures for me. They knew she would never open her eyes again. I am so thankful for those last pictures of her.

We held out all hope for Hazel. I put everything I had into trying to will her to stay alive. She was weaned off all blood pressure meds and was holding her own. She had started small tube feedings of my breast milk, and was on room air! They were going to try to wean her off the vent and onto cpap in the next few days.

​​Exactly one week to the day after Willow died, we were asked to leave the room while they sterilized her to put in a PICC line. We left and in 5 minutes my husband got a phone call on his cell. He looked at me and his face went white. “We need to get to Hazel now.” We ran down the hallway of the NICU and as we got to her room the Neonatologist walked out taking his paper hat off and the NICU nurse was shaking her head. They didn’t have to say a word. I dropped to my knees in the hall. He caught me and held me on the floor. My little girl was dead.

Hazel made it 8 days. Even the NICU Dr. was confused at her death. She just died. They were just standing over her, prepping everything and her heart stopped. It just stopped. The NICU nurse said they looked at the equipment like it quit working. No fight, no warning.

​I love them both eternally. I held them both in the end. I took in every second and memorized every detail of their beautiful existences. My daughters will never be forgotten for as long as I live.
​          ​
1 year and 2 weeks later, we welcomed our rainbow son, Dexter, into the world after an uneventful and anxiety filled pregnancy. ​He has brought us so much joy and healing. ​We talk to him about his big sisters that helped bring him into the world safely.

Project Sweet Peas became a way for me to start my healing process. What started out as a carefully and beautifully put together Memory Box at the NICU became a lifelong family and friendship with Project Sweet Peas. Now, through these efforts I can quietly reflect on my time with my daughters, and help others start their healing process or begin their journey through the NICU. A beautiful reminder and way to always keep my daughters’ spi​ri​ts alive and give treasured memories to others going through a difficult journey no matter where it ends up.
Copyright © 2021 | Project Sweet Peas | 45 Boylston St, Warwick, RI 02889 | info@projectsweetpeas.com