﻿Inspire hope by making a donation or starting a peer fundraiser to support New Hampshire families.
​ 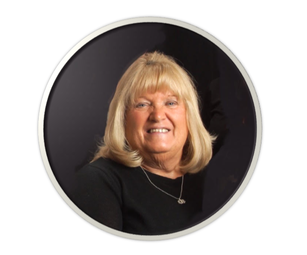 One of the greatest joys in life is finding out that you are about to become a grandmother. Imagine our families joy when we found out that we were expecting two little additions to our family. Our family was overwhelmed with excitement to welcome these two little boys into our lives and spoil them rotten. My son Brian and Katrina were having identical twins, and Katrina was having her first children of her own.  Big brother Alex was ecstatic to finally have the siblings he always wanted  and never had until now.

Katrina’s pregnancy was considered high risk from the onset due to her age and then with the discovery of twins, that added to the risk level.  After 23 weeks, on December 4, 2016, Katrina laid in bed for the night to find that she was leaking amniotic fluid. She was taken to a local hospital for evaluation and it was determined that she had a rupture in one of the twin’s sacks, but had no other signs of labor.  She was transported and admitted to Dartmouth Hitchcock Medical Center into the Birthing Pavilion and the journey began. Katrina needed to remain on bed rest, for the remainder of her pregnancy and the goal every day was to try to remain pregnant and not go into labor.  Steroids were given to the twins to help with lung development in the event they were born early, which was very likely at this point.  NICU doctors came and visited Katrina multiple times while on bed rest and were great about explaining what we could expect and the complications that can occur with preterm delivery.  Every day was a huge day as every day that passed, the twins were stronger and their likelihood for survival increased. Every week that went by we celebrated, 24 weeks, 25 weeks, and then 26 weeks. At 26 weeks 4 days, December 29, 2016, Katrina started having contractions and the doctors determined that an emergency C section needed to be performed to deliver both babies, Aiden and Adam.

Aiden was the first born at 6:20 PM at 1 lb 8 oz and was taken to the NICU first as he was struggling immediately out of the womb.  He had gotten an ecoli infection and was very sick in the womb, which most likely caused labor to happen when it did.  Aiden was also in the sack that had ruptured which increased his chances of infection in the womb.  Doctors and nurses spend the next 10+ hours trying to stabilize Aiden, trying different respirators as he was unable to get enough oxygen in his system to sustain life.  His lungs were not strong enough and the infection was fighting against him.  There were glimmers of hope along the way as he showed signs of responding to different treatments, but inevitably at 4:00 AM on December 30th, one of the NICU doctors told Katrina and Brian that he was not responding to treatment and that he was not going to make it.  Katrina and Brian were able to hold Aiden as they removed his breathing tube and he took his last breaths.  It was one of the most painful things our family has every had to endure. Aiden received his angel wings and will be forever in our hearts.
Adam was the second born at 6:22 PM at 1 lb 10.5 oz.  Adam was hooked up to the respirator via breathing tube and he responded very well right after birth.  He was so tiny, yet so strong and determined. Because Aiden had an ecoli infection, doctors decided to treat Adam with antibiotics immediately to ensure that he did not contract the same infection.  He tested negative for the infection at birth and showed no signs of having the infection at all.  Two weeks after birth, Adam was struggling to breath and his oxygen levels were increasing rapidly.  Adam had an ecoli infection as well that had somehow remained dormant until this point.  Prior to this Adam had his breathing tube removed and he was able to eat breast milk daily through the feeding tube and was doing terrific, then it all changed.  The breathing tube had to go back in, and he needed to have all his nutrition done through IV.  At one point Adam had 4 IVs going into him as he needed dopamine to sustain his blood pressure, nutrition, and many blood transfusions to increase his white blood cell count to help fight off the infection.   There was a point where it looked as if Adam was going to suffer the same fate as his brother, but he had other plans.

Slowly but surely every day he showed little signs of improvement.  We celebrated every decrease of dopamine, every little reduction of oxygen, every blood gas test that came back better than the last.  Adam struggled with his lungs collapsing and he needed to be put on a jet respirator that was used to help open his lungs.  His lungs would open, then collapse.  This happened for weeks and was extremely disheartening for a while.  Eventually his lungs opened and remained open and Adams road to recovery was in full swing.  After a few attempts of extubation that failed (one that Adam initiated himself unfortunately) and with the help of another round of steroids, Adam was able to go back to NIPV and resume feedings through the feeding tube as he had been doing prior to the infection.  Katrina and Brian were able to finally hold him and bathe him and do some of the normal things that parents get to do with their newborn baby.

​Katrina and /or Brian were in the NICU with Adam every day, reading him stories, doing his cares (diaper changes, temperature) and teaching him to feed via breast and bottle.  They were able to stay on the hospital campus within walking distance of the NICU thanks to David’s House, a home away from home for families with children staying at Dartmouth Hitchcock completely funded by individual and business donations in the area.  David’s House is setup to help families feel as though they are at home and provide food, rooms and comfort  for families.  This is a really special place and the staff and volunteers at David’s House were amazing during Katrina and Brian’s entire journey. He was such a strong little boy that fought so hard through blood transfusions, steroid injections, antibiotics, PICC Lines, brain bleeds, infections, ventilators, eye tests, breathing tubes and feeding tubes. Thanks to a fantastic team of doctors and nurses at DHMC they saved the life of my grandson, Adam. Through all of this I remained strong for Katrina and Brian to help support them, even though my heart was shattered inside. This is not what anyone wants to see their children go through. Finally after 103 days in the NICU, Adam was strong and healthy and was ready to graduate from the NICU. Katrina and Brian were able to bring Adam home to join his big brother, Alex. He had to have oxygen at home for a short time but Adam continues to grow and is meeting all his milestones. I couldn't be happier!

During their stay at the hospital they received a wonderful care package from Project Sweet Peas. After learning a lot about the organization, I wanted to pay it forward and find out what I could do to help other families with babies in the NICU. When you go through this kind of experience it changes you. I wanted to keep Aiden's memory alive and honor Adam, our little miracle, by helping through Project Sweet Peas.​ 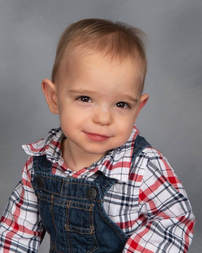